The end of summer is near, but I'm squeezing in one last berry recipe before diving head first into the fall flavors.  And, these Huckleberry Crumb Bars are the perfect way to end the season.  They have an almond flour shortbread crust and crumble topping.  The filling is made of fresh, ripe huckleberries from my local Albertsons.  And better yet, this recipe is gluten free, Paleo and Vegan friendly. 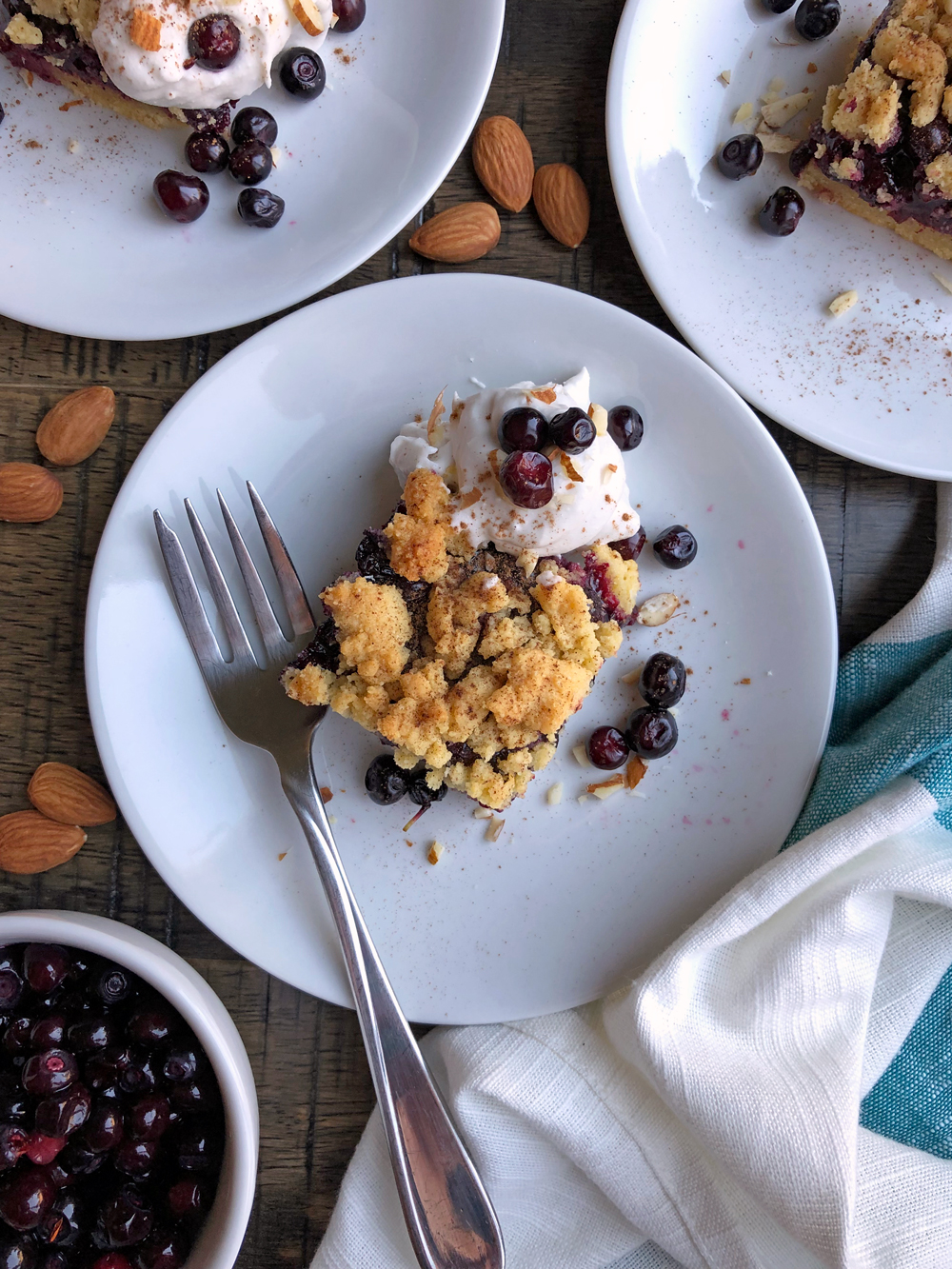 I fondly remember the first time I had huckleberries.  I was out at my friend's cabin, walking along the dirt road and scouring the nearby bushes for ripe, juicy berries.  They were SO good!  And sadly, I haven't had many since, as it isn't easy to find fresh huckleberries in stores and I don't live near any huckleberry patches.

Needless to say, I was over the moon excited.  Neither of my boys have tried fresh huckleberries.  This was a treat a didn't want them to miss out on! 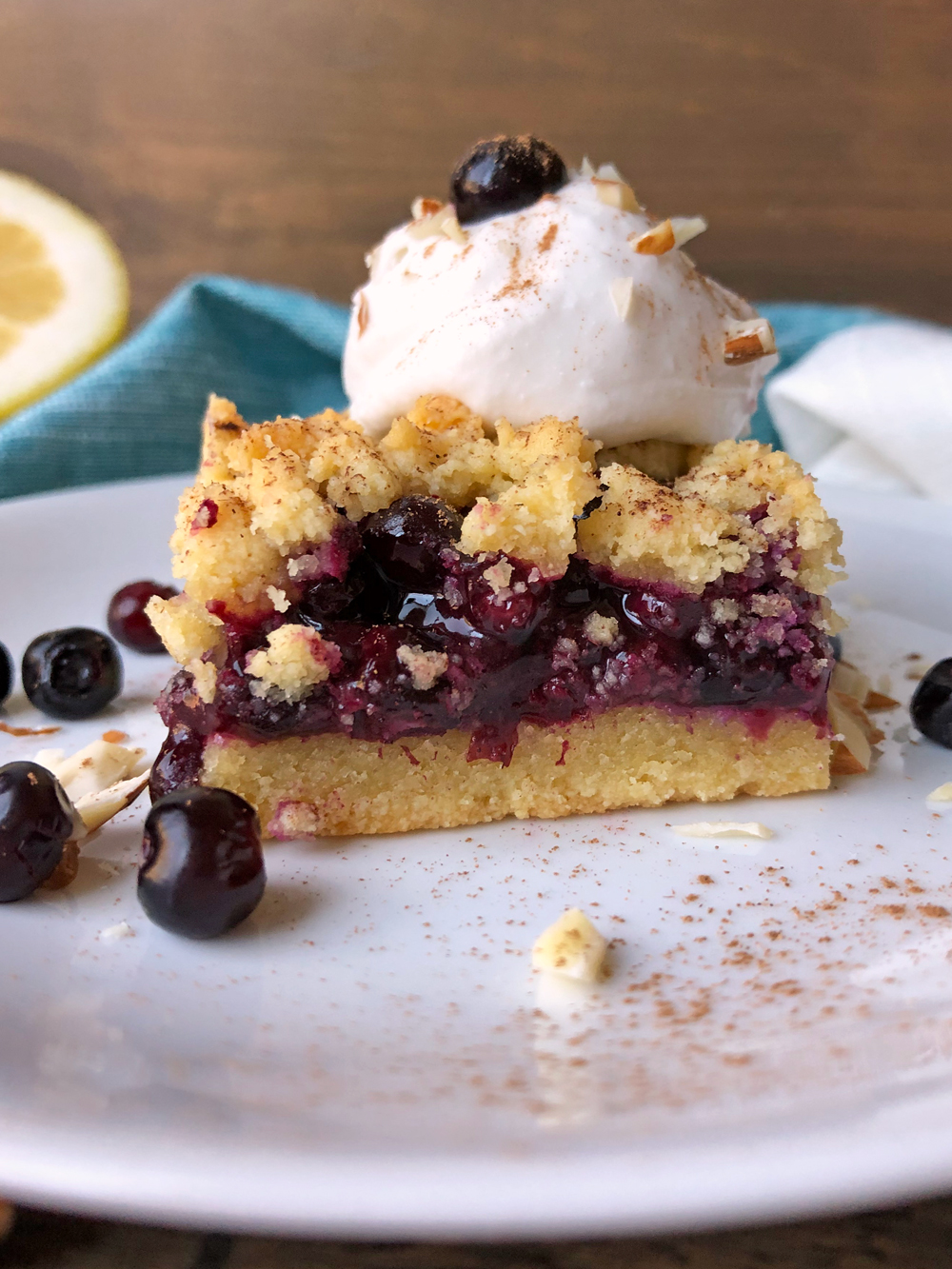 Not only was I excited for indulging in healthy, local huckleberries, but I wanted to create a fun recipe with them as well.  These gluten free Huckleberry Crumb Bars are my idea of the perfect fruity dessert.

This dessert is made with fresh, Paleo and Vegan friendly ingredients.

The crust and crumble are made of the same simple dough.  This dough consists of almond flour, is slightly sweetened with maple syrup and has a buttery flavor thanks to the non-hydrogenated shortening.

The filling is made mostly of fresh huckleberries from Albertsons on Broadway.  A little maple syrup, cinnamon and lemon juice is added to enhance the flavor.  And lastly, arrowroot flour is included as a Paleo-friendly thickening agent. 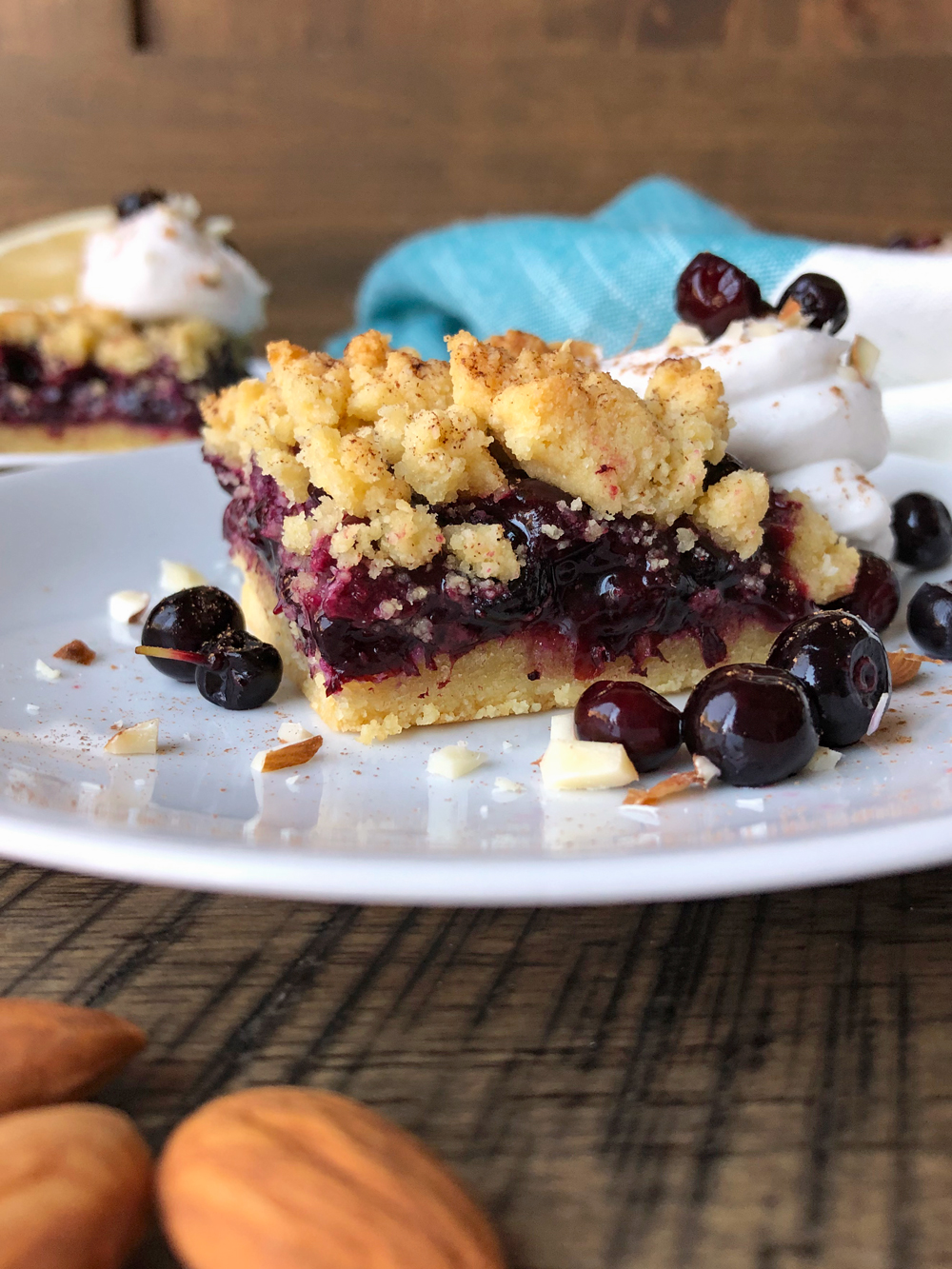 How to Make Huckleberry Crumb Bars

These bars are made with just a few simple ingredients that are easy to throw together.

First off, preheat your oven to 350 degrees F.

Next, make the crust and crumble.  To do this, simply add all crust/crumble ingredients to a medium-sized mixing bowl.  Mix with a spatula (using your hands works well too) until dough is well combined. 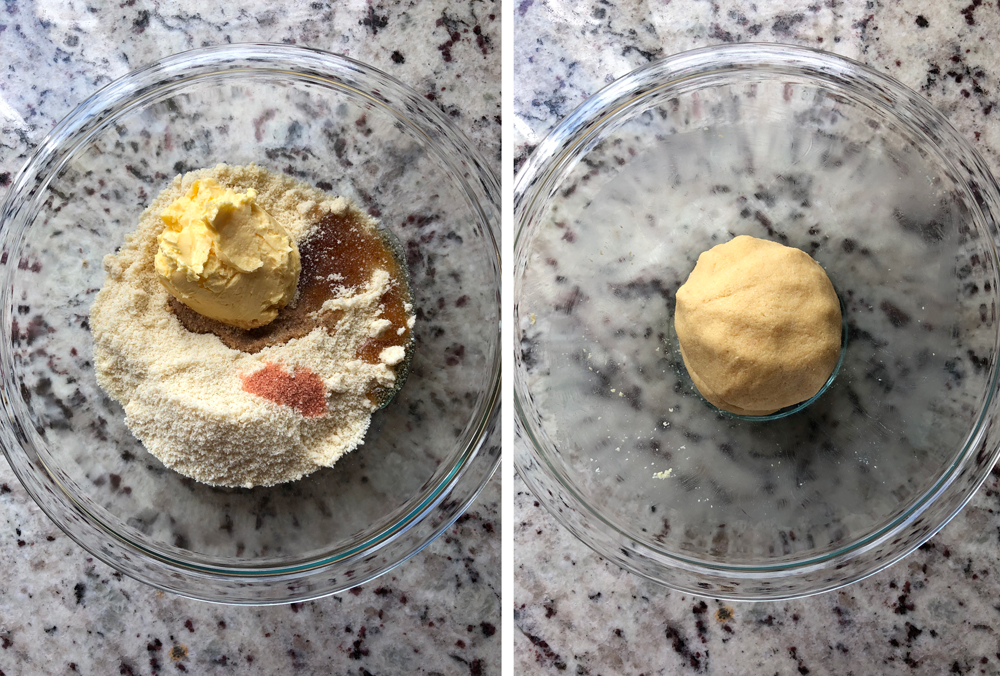 Next, make the filling.  Place all filling ingredients in a small saucepan.  Place the saucepan on the stove top and set heat to medium.  Constantly stir the mixture on medium heat for 10 minutes, or until it starts to thicken. 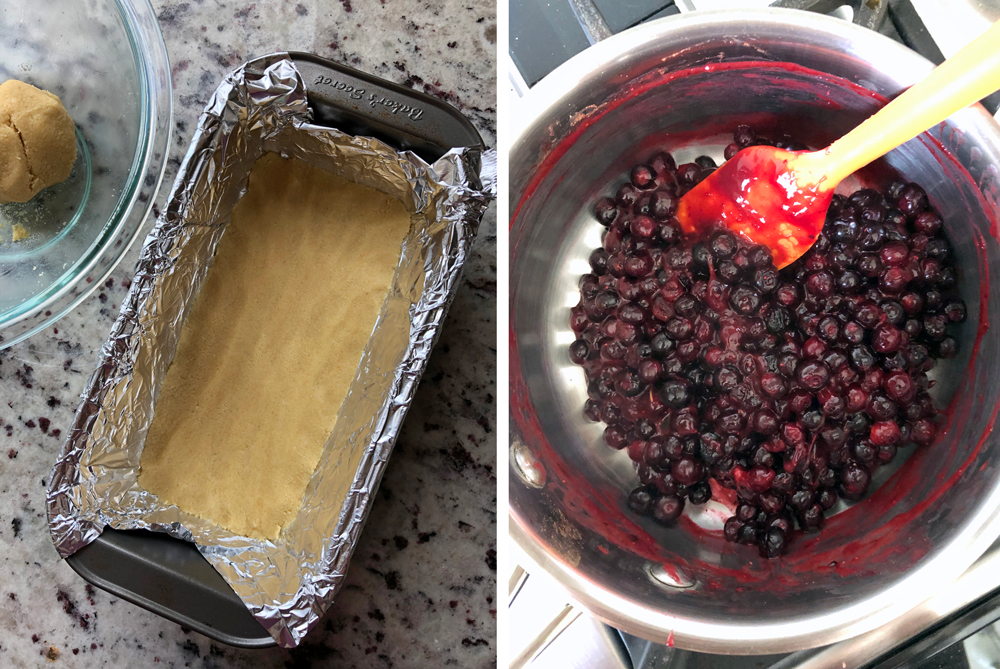 Pour the filling over the crust.  Then, break apart the remaining crust/crumble dough and place it on top of the filling.  If desired, add a dash of cinnamon. 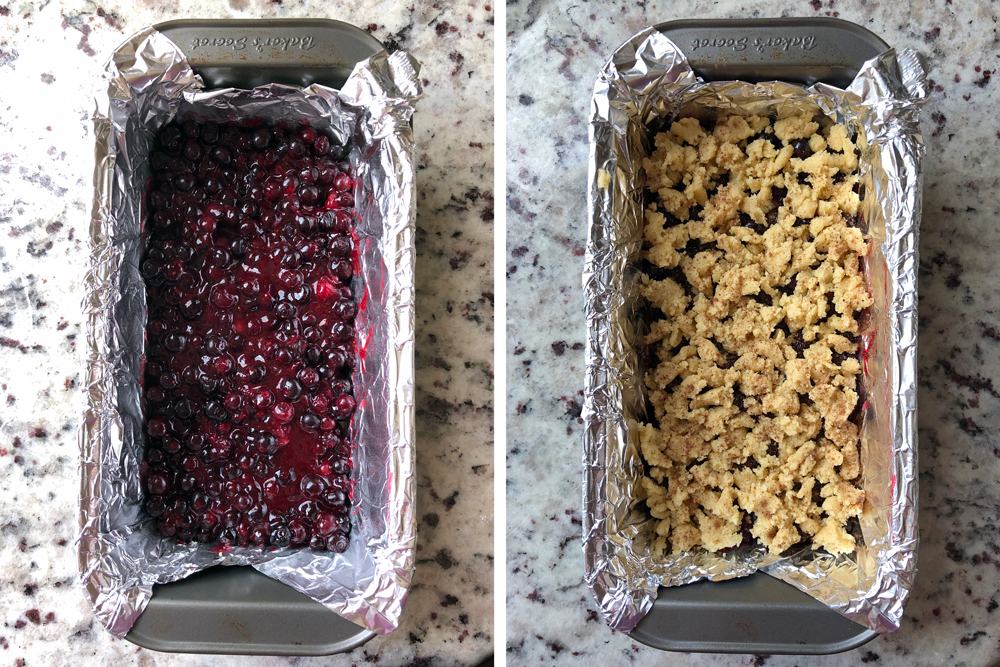 Lastly, place the bars in your preheated oven and bake at 350 degrees F for 15 minutes.  Or, until golden brown on top. 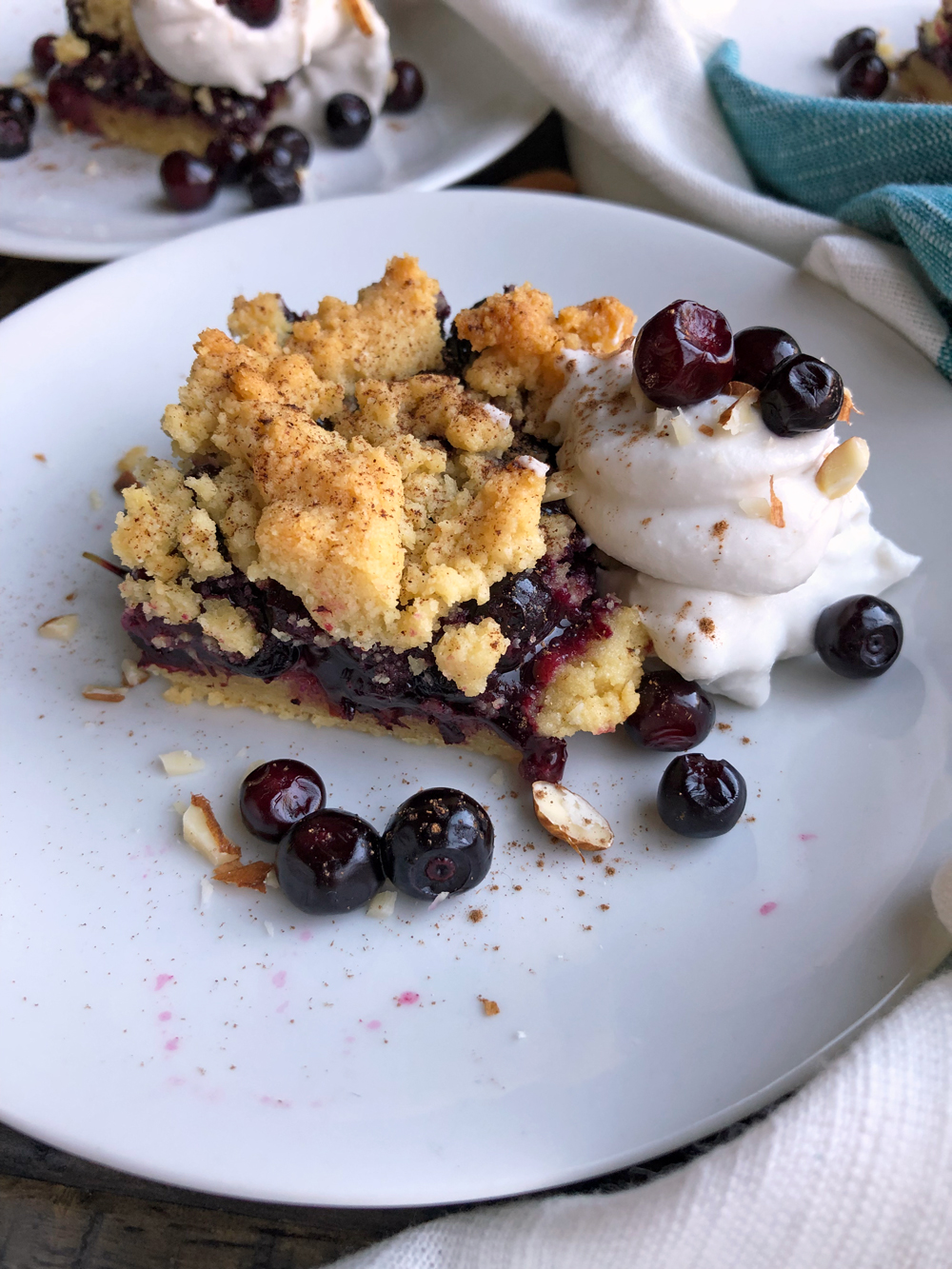 How To Store Huckleberry Bars

These bars will last at room temperature for a few hours, but are best stored in the fridge.  Also, they are best eaten within a week.  But, let's be honest, they most likely won't last more than a day or two! 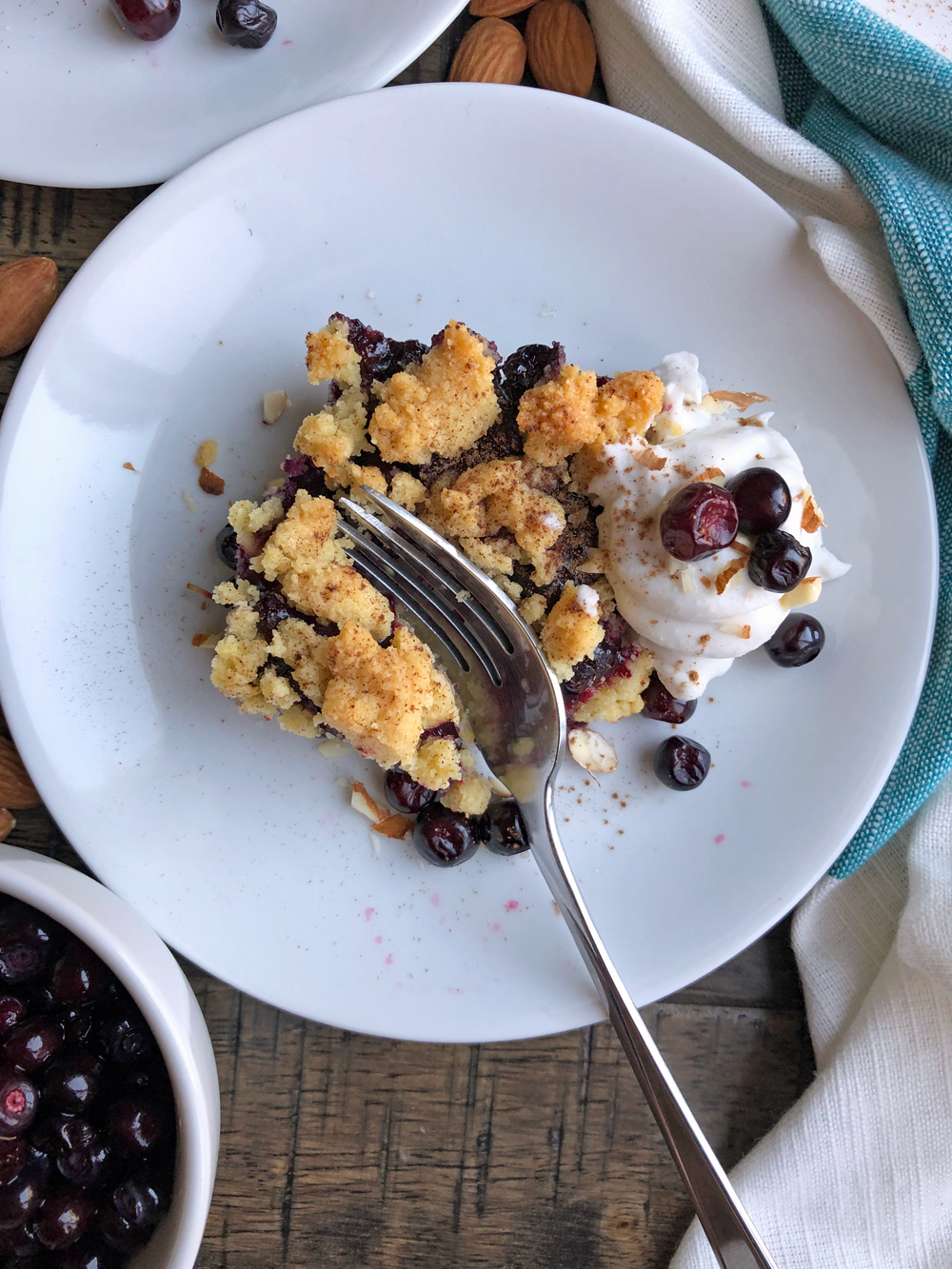 If you're located in Boise, don't forget to shop at Albertsons on Broadway and Albertsons Market Street for all their seasonal huckleberry products! 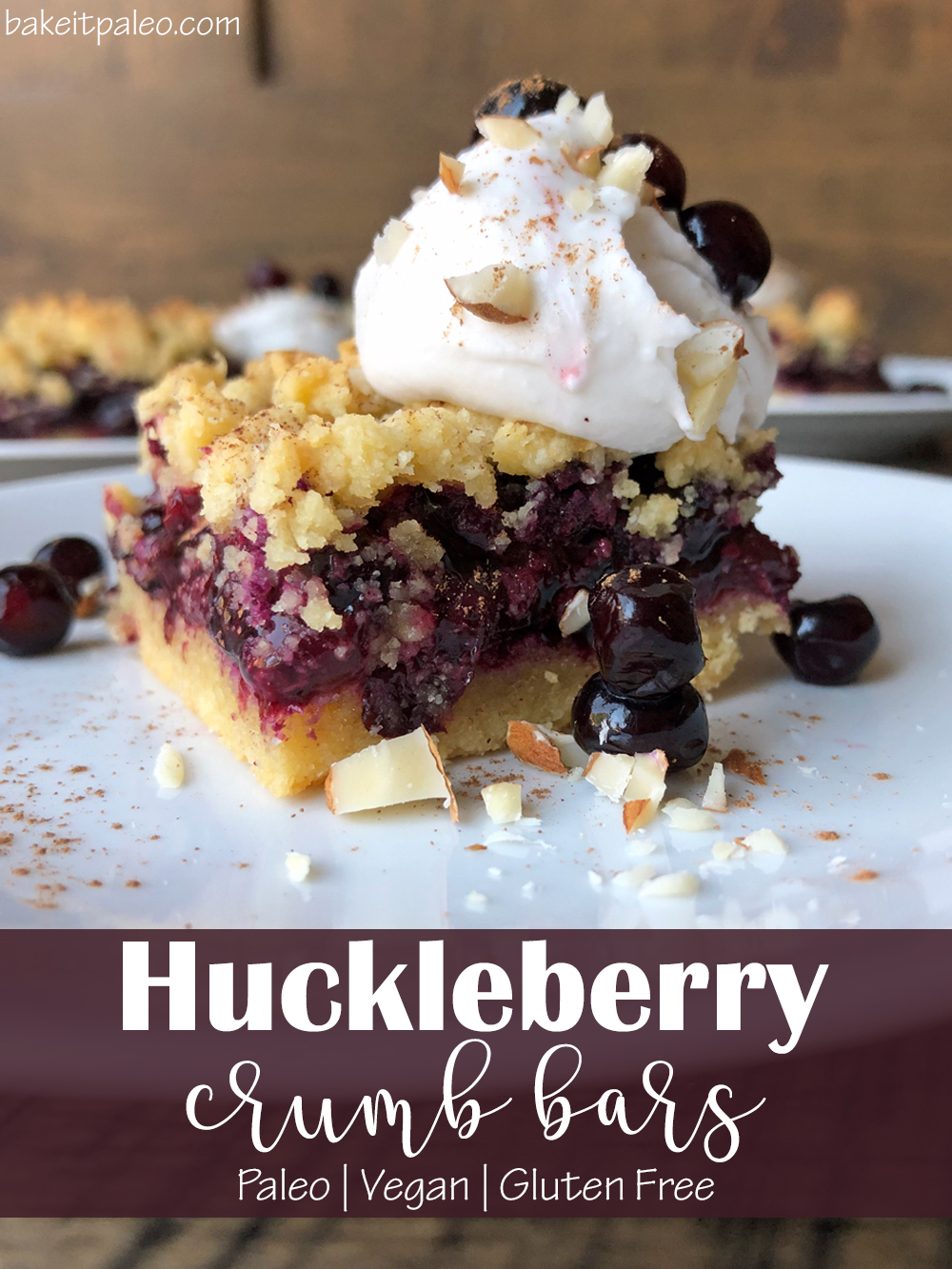 Thank you Albertsons for sponsoring this post!  It means so much to me to work with brands that align with my values and support Bake it Paleo.

I am a participant in the Amazon Services LLC Associates Program, an affiliate advertising program designed to provide a means for me to earn fees by linking to Amazon.com and affiliated sites.